What Trends Should we Expect to see in AI Programming in 2022?

What Trends Should we Expect to see in AI Programming in 2022?

Artificial intelligence has the potential to be the most transformative technology in the history of the human race. The increasing ability of machines to “think” and deliver solutions will continue its rapid pace in 2022 and the years ahead, resulting in a growing focus on AI programming.

It has been estimated that the worldwide market in AI programming and software will mushroom to the extent that it will be worth $126billion by 2026.

What will that growth look like across the rest of 2022? Which sectors and applications should we expect to be most interesting in the months to come? Let’s examine several key areas where AI programming will make the biggest difference in the immediate future.

One of the biggest concerns associated with the growth of AI programming has always been the fear that people will be rendered redundant by the capability of machines to do their jobs.

However, it is more likely that, rather than being cast aside, individuals will have the opportunity to work alongside machines that use AI functionality to complement their human skills.

We expect to see augmented workforces becoming part of everyday life in a variety of occupations and industries, including:

This is an area that could see some of the most significant progress and application in AI programming in 2022.

Cybercrime could be a bigger threat to society than terrorism, according to the World Economic Forum. Every device you connect to a network is, potentially, a weak spot that could be exploited by a hacker and used against you – especially as those networks become ever more complex.

However, AI programming can play a central role in identifying potential points of failure. Sophisticated programs can analyze the traffic in a network and identify patterns that indicate something is not quite right. This is a 21st-century solution to 21st-century crime.

3) AI programming and the Metaverse

Whether this is in a professional or leisure setting, whether we are dealing with office functs or more creative programs that allow us to play a game of virtual chess or tennis, AI will play a key role in facilitating and delivering that experience.

One of the most exciting areas of technological advancement is the potential for cars, aircraft and fleets of trucks to be controlled by AI programming and thus revolutionize the way we conduct our daily lives.

Elon Musk, the CEO of Tesla, has stated that his company’s cars could achieve full self-driving capacity by the end of 2022, although they may not be ready for general use just yet. Other manufacturers poised to announce similar significant advances in the near future include GM, Ford, Apple and Waymo.

We may even see the first autonomous ship crossing the Atlantic this year. The Mayflower Autonomous Ship, powered by IBM and designed in partnership with ProMare, was forced to abandon its initial attempt but is preparing to try the voyage again.

GPT-3, the most advanced language model created so far, consists of about 175 billion variables and data points that can be used to process language.

The result is text so advanced that it can be hard to tell whether or not it was written by a human. OpenAI, the creator of this piece driven by AI programming, is already working on the next iteration, the GPT-4, which is set to be even more powerful.

From this selection alone, it is abundantly clear that AI programming is driving businesses around the world to create ever more advanced solutions in an enormous variety of contexts.

ZirconTech is fully aware of the potential of AI programming to boost commercial performance. We work with customers to create AI initiatives aligned to business needs so that together we can provide cutting-edge AI-driven solutions – in 2022 and beyond. 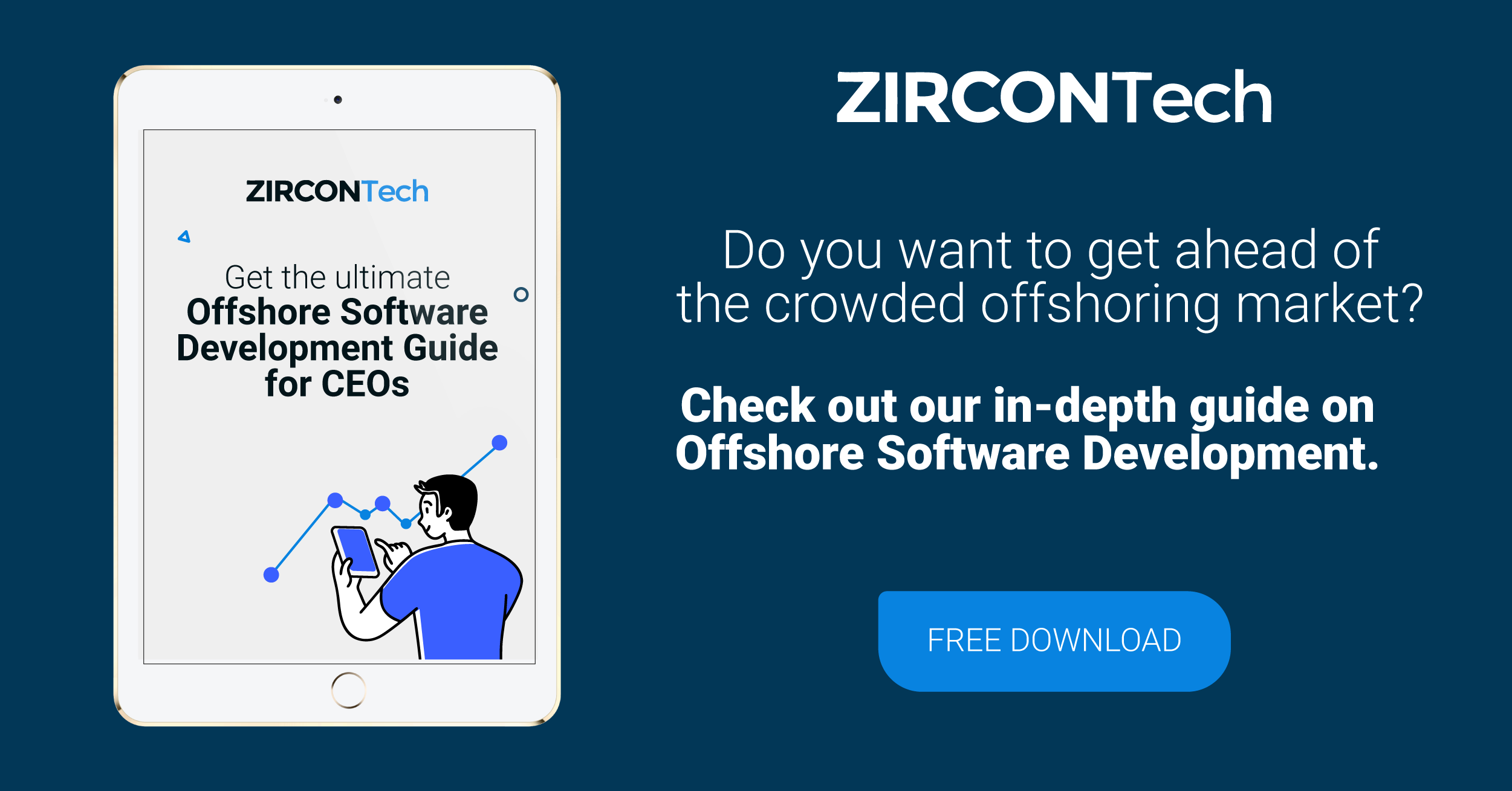 Find out all the details about Offshoring Software Development and how ZirconTech has the knowledge and experience to meet business needs in Blockchain, IoT, Cloud, AI and Web Development.

Get the latest tech insights right in your inbox.